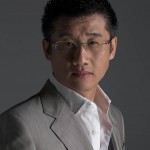 Tony Mok was trained at the University of Alberta and subsequently completed a fellowship in medical oncology at the Princess Margaret Hospital. After working as a community oncologist in Toronto for seven years, he returned to Hong Kong in 1996 to pursue an academic career.

Professor Mok is the Li Shu Fan Medical Foundation Named Professor of Clinical Oncology and Chairman of Clinical Oncology at The Chinese University of Hong Kong. His main research interest focuses on biomarker and molecular-targeted therapy in lung cancer. He co-founded the Lung Cancer Research Group, and has led a number of important multinational clinical trials, which include the IPASS (IRESSA Pan-Asia Study), a landmark study that established the role of first-line gefitinib in patients with EGFR mutations.